This is What Sickle Cell Looks Like: Courage, Self-Belief and Survival Beyond All Odds.

For decades, Lena René lived with uncertainty about her condition. After years of being gaslit and ignored by her native health system, she speaks up on believing in yourself and your body’s needs.

It has taken over forty years and hundreds of hospital visits for Lena René to discover that she has Sickle Cell Disease (SCD).

Lena was born in St. Lucia, into a community built on relationships and bonds spanning generations. Tight-knit family friendships and gatherings marked her upbringing, and not one hardship was shouldered alone. Despite being surrounded by people throughout her childhood, Lena often felt unheard. Especially when it came to her frequent experiences with pain, which many people couldn’t understand – or wanted to.

“I was a very sick child. From being an infant to my teenage years, all I can remember is pain. Lots of pain, in my chest, joints, fevers, headaches and bouts of jaundice. People in my family and community knew about it. But little was done about it.”

“It wasn’t until a doctor told my Mum that he wanted to check for Sickle Cell Disease. At 13, I took the first of a hundred tests I would take in my lifetime. And because my doctors made a mistake the first time, I would pay for it for years.”

“They misdiagnosed me with Sickle Cell Trait. And their mistake meant that I got worse, becoming sicker and sicker until it became too much.”

Lena and her mother knew deep down that something was wrong. They visited every single specialist doctor in St. Lucia, but were continually turned down over. Her family was told that Lena’s pain was “all in her head”, that she had a mental illness and that her symptoms were just a figment of her imagination: 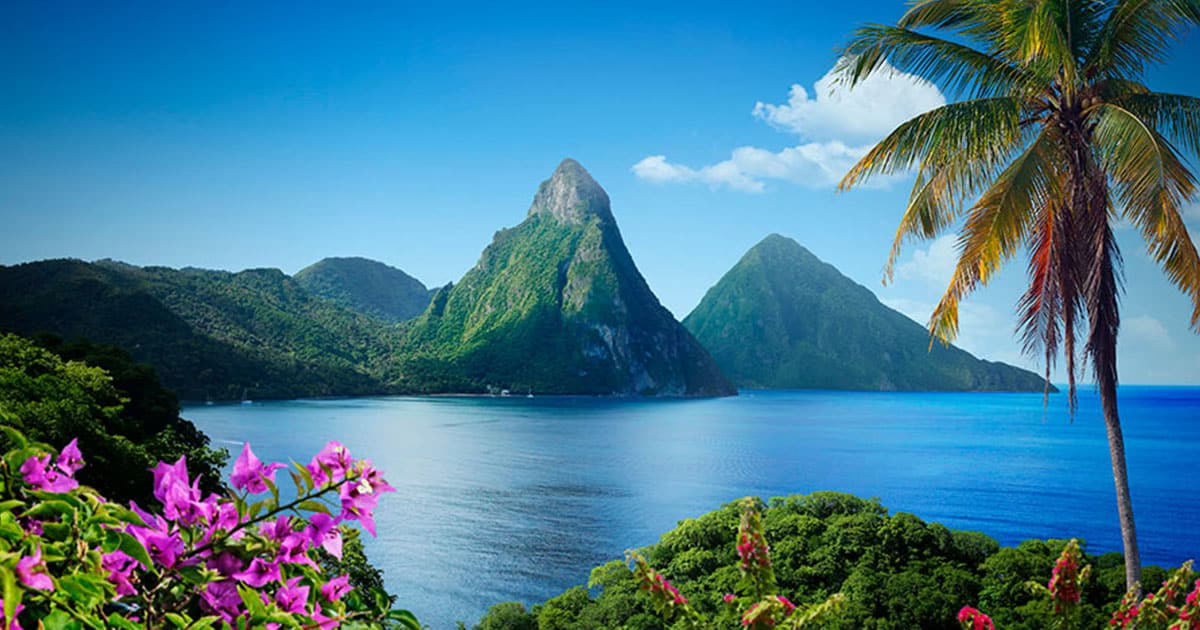 In my home country, doctors would tell my mother that I wasn’t sick. That it was all in my head because I only had sickle cell trait.”

“One doctor even pulled up a picture of a mortally sick child, pointed at it and pointed to me. He said that this child, who had a distended stomach, hollow yellow eyes and very pale skin, had SCD. This what SCD looked like – and because I didn’t resemble the child in the picture, I couldn’t possibly have the same illness.”

Without an SCD diagnosis, Lena wasn’t entitled to appropriate pain treatment. She had to rely on simple OTC medication to treat her pain symptoms. Despite having to overdose on paracetamol just so that she could make even the smallest movements, she felt no reprieve. It was because of her mother, who risked everything to get her the right medication, that she was able to experience even a few moments of relief.

“I have survived this disease by myself and with the help of my mother, who is my hero. There were times when my mother and her nurse friend would have to smuggle Pethidine – childbirth pain medication – out of hospital for me. If my mother and her friend were ever found out, they could have faced serious consequences.”

“My mother’s love for me, and her friend’s care for me, were what kept me alive. I am so grateful for them and everything they have done.” 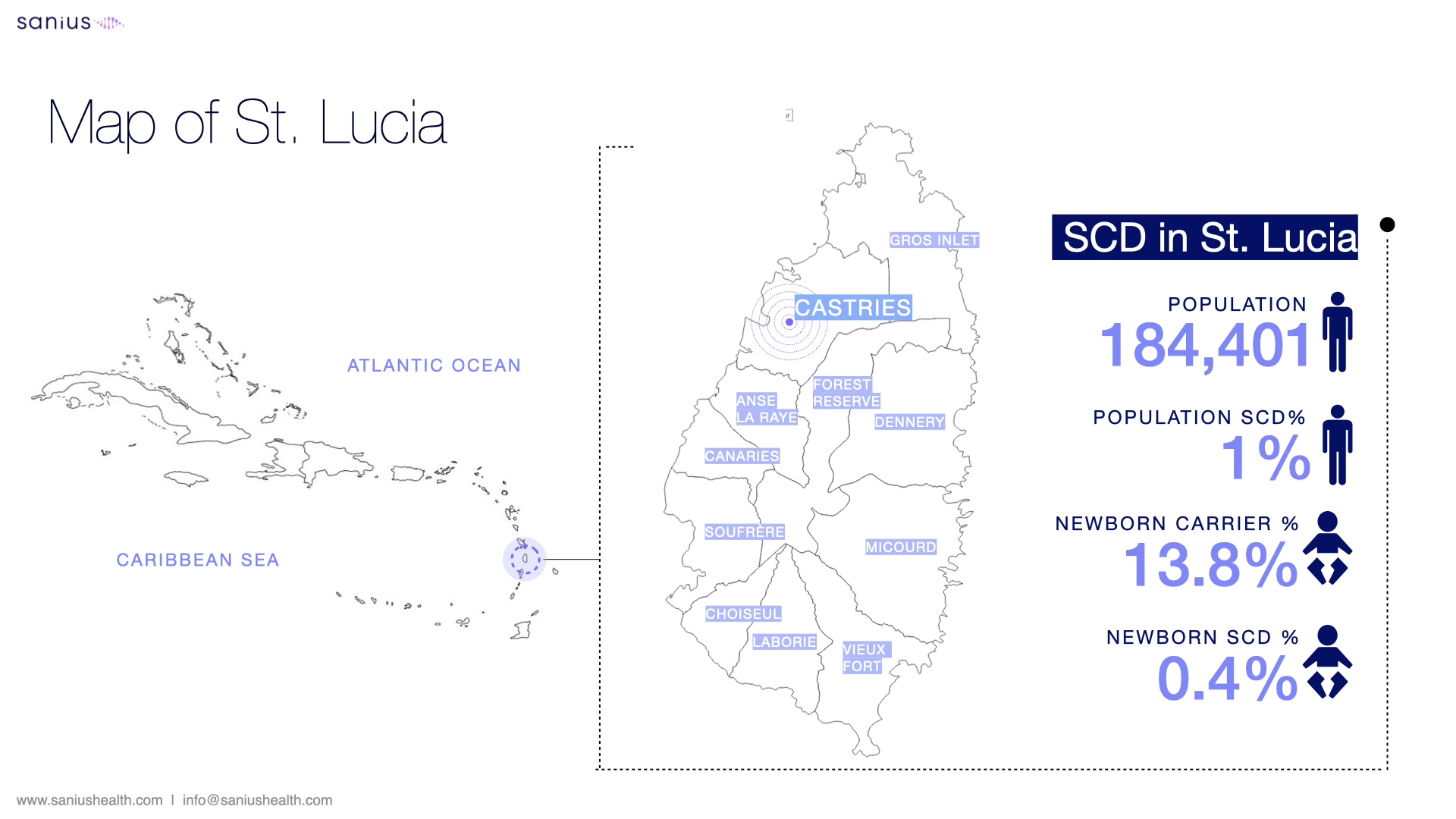 After years of going through unexplainable pain, Lena decided to take matters into her own hands. She travelled from St. Lucia to the UK with her two daughters to make a better life for herself. Leaving everything behind, she summoned the courage to find answers about her health that had eluded her for most of her adult life. She found these, aged 43, in the UK when she was finally diagnosed with SCD.

“As diagnostic tests offered in St. Lucia were limited at the time, they couldn’t test me for my SCD genotype – HbSC. They only tested for one type, HbSS, and everything else was considered SCD Trait.”

“It wasn’t until 2020 when I was admitted to a hospital in the UK, that I finally received the right diagnosis. I found out from doctors here that I wasn’t crazy, that it wasn’t all in my head. That I actually had SCD, and my genotype was HbSC.”

Since receiving her diagnosis, Lena’s life has improved. But she still faces challenges, like many SCD patients in the UK today.

“I have come to this country and received the right diagnosis. But the pain was still there. I have been told my entire life my pain isn’t real. I have been gaslit by family members, partners and healthcare professionals who have told me that I was lying about what I’m going through.”

“I’ve been treated badly. I know what it’s like to go through the struggles of SCD. For this reason, I’m making sure that no one has to go through what I did. That no one who has SCD has to feel alone, ever again.”

Lena has spoken on live social media panels about her journey. She put aside her trauma and pain to reach out to individuals with similar experiences. Because of this, two women have reached out to her with stories that almost exactly mirror hers. Like Lena, they were misdiagnosed with sickle cell trait because their doctors in St. Lucia didn’t test for genotypes outside of HbSS. It wasn’t until they travelled out of St. Lucia, to Barbados, where they finally received the correct diagnosis and treatment for their condition.

“My story has already helped a couple of people in my home country. This is why my family thinks it’s so important to do SCD advocacy, and I agree. We need to speak up, because we don’t how the conversations we have with other people will help them.”

As a new member of the Sanius Health community, Lena is sharing her stories with other SCD patients. She’s working with others at Sanius Health, the platform and the community to better the lives of everyone with SCD.

“What I think is most important, above all, is to believe in your body. And in yourself. Because no one can tell you what you are going through. Only you can do that, and no one can take that away from you.”

To raise awareness of SCD, we are working with advocacy leaders like Lena René and other members of the SCD community to make improved SCD care a reality. 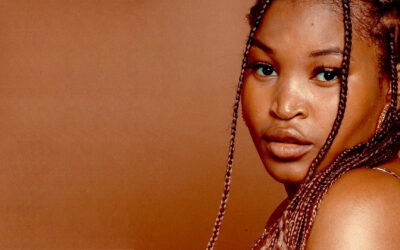 This is What Sickle Cell Looks Like: From a Voice in the SCD Community 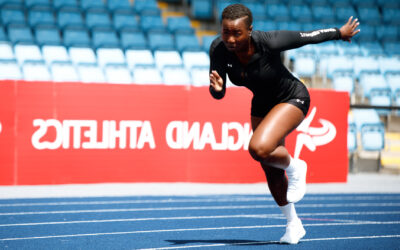 This is What Sickle Cell Looks Like: The Champion’s Perspective 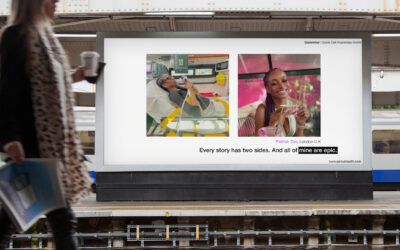 Put simply, I wish I could just get up and go!